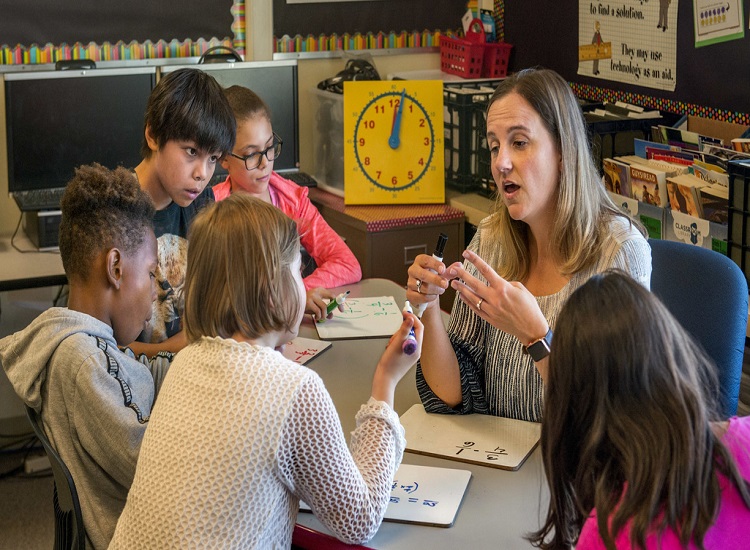 The Northgate to Consider Elementary Alignment in Education

The Northgate School District is investigating the possibility of reorganizing its two elementary schools so that one building is used for K-3 students while the other would be used to teach students in grades 4-6. This Monday, January 26th, at 7:00 there will be a meeting at the high school to discuss the feasibility of such an idea. I would like to briefly discuss my thoughts on the matter.

First, it seems to me that moving to a K-3, 4-6 model makes a lot of educational sense. Some teachers and administrators have noted that having all teachers of a particular grade teaching together in the same building would enable more collaboration and help with curriculum alignment.

Some people have also mentioned that such a move could bring greater unity as a district. Another educational benefit would be the possibility of having smaller class sizes due to being able to evenly distribute students in each grade level.

I think this is not only the greatest benefit, but for me, it is the reason why the district needs to continue to pursue this option. For the past two years, elementary class sizes of been considerately higher than many would prefer, and in both years, the district made the decision to hire additional elementary school teachers months into the school year.

Some people have also noted some cons to such a move. The biggest one that comes to mind is that some students that walk to school may now have to walk a greater distance. Families with multiple elementary school-aged children could have added complexity in getting there kids to school if they attend two different schools.

Safety patrols are comprised of fifth and sixth-grade students so they would only exist at one school. Also, there would likely be some cost in preparing the buildings for such a transition. I think these issues are significantly outweighed by the education benefits previously discussed. I also think many of them can be solved or worked around.

It is possible that there are other benefits\problems that I did not discuss. If you would like to learn more or would like to add to the conversation, please consider attending the meeting this Monday. As I have said, it is my belief that reorganizing the schools would be very beneficial.

I would take that a step further and would say the district MUST proceed with such a move unless doing so presents a far greater problem that has not yet been discovered. It is imperative that we stop shuffling students between schools and do what is best for all the elementary school students.

The Importance of Education Home or School and a Book

In Search of a Unit Study for Children

In Search of a Unit Study for Children

The Importance of Education Home or School and a Book

You Should Know About Childbirth Education and Education Fun