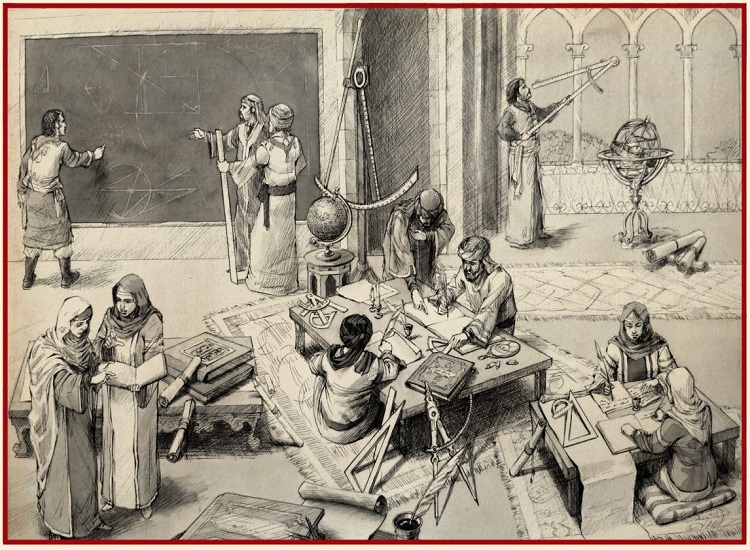 Magnum Opus Give You Lessons From a 14th Century Lifestyle Enthusiast

In the 14th century, the French nobleman Michel de Montaigne was thrown off his galloping horse and nearly died of his injuries at the age of 32. He narrowly survived, but the near-death experience compelled the wealthy Frenchman to reassess the priorities in his lifestyle.

Montaigne left his cushy job as an influential magistrate in Bordeaux, worked only at his choosing, and would retreat into his tower (the 14th-century man cave) to ponder his own existence.

Although Montaigne was officially in retirement life, he did not sit idly on his hands. For the remainder of his life, during his term as the Mayor and the King’s adviser, navigating the carnage of religious wars, plagues, and the deaths of his children.

Montaigne wrote the famous collection of memoirs, known as the Essais (“Essays”), which recorded decades of his thoughts, self-reflection, and observations. Montaigne believed there was not a more worthwhile subject to study – and master – than how to live.

Centuries later, literary titans the world over have been and are still being inspired by Montaigne’s work.

Here are some ideas extracted from Montaigne, with real-life, contemporary applications for the life enthusiast.

Your Greatest Project is you

Montaigne was convinced that the overarching goal in life is to become the ends of our labor. In other words, we should be the most important project in our lives our magnum opus.

I spoke with a good friend the other day. He works in the investment banking industry and works long hours. Long, stressful hours though I suspect he enjoys elements of his work, he has moments of serious doubt: “I have no life outside of the office and am sacrificing my health to make my bosses richer. There must be a better way of making a living.”

Being that the man was a few tax brackets above the most people his age, it is tempting to tell him to “suck it up, princess”.

But maybe there is another way of looking at this:

If quitting is not an option, he can choose to either:

It is hard not to be passionate about work when the subject of your labor is yourself.

If we can learn to work hard when its building someone else’s equity, imagine when that engine is taken to do our own work, our own art, our own legacy – things that are worth a damn.

That is the connection I think we should make between facing our work challenges – whatever they are – with what the end product really should be – YOU.

Even when we work for somebody else, we can choose to work for ourselves.

Awake from the Sleep of Habit

Aristotle famously said that “excellence is not an act, but a habit”. If so, mediocrity must also be a habit. Practice great work, produce great results. Practice shoddy work, produce shod.

I am a believer that how we do one thing is how we do everything. Which makes it so important to make everything we do, count?

I mentioned in An Ode to Fear: Feel Fear, But Do it Anyways a now well-known trick used by the late Steve Jobs to contemplate death in order to overcome fear.

Centuries before him, Montaigne was an advocate of using little tricks or thought experiments to open our eyes to what is important.

When I find myself losing steam in a task I happen to be doing, I ask myself two questions:

If this work were directly affecting my personal bottom-line, would I be producing the same quality of work as I am now?

Would I accomplish what I set out to do in life if this is the quality of work I’m accustomed to producing?

As I am writing this piece, I am asking myself: If I let myself off the hook and write a shoddy post (or worse, not at all), how would this negatively translate to my other endeavors elsewhere and in the future?

The answer is terrifying, so I try harder.

Maybe But if consistent discipline with the small stuff influences our habits to do the important, then I would take being anal-retentive any day.

But wait, didn’t you say you wanted to start your own gig, be your own man, leave the rat race? What’s all this talk about being a model employee?

If you asked around, I’m convinced 9 out of 10 people would tell you they would like to be their own boss one day. They would relish nothing more than to get out of the proverbial “rat race”. Maybe even for similar reasons. The fact is, I think we have a much better chance if we prepared ourselves well while we’re in it.

My observation of those who have “escaped” has been: if you’ve not made more than $50K a year being employed for a while, transitioning to making $50K (assuming that is your baseline for an escape) from a personally owned business or through passive income will be very difficult. The confidence, discipline, and work skills required have simply not been developed enough.

My humble suggestion to those contemplating an exit: give it all we’ve got while we’re still in the race (become the Linchpins), just don’t fall too much in love with it.

New Year New School and New Lifestyle for Your Child